Water erosion is one of the numerous elements that are harmful on farmland production, eventually rendering the ground unfit for farming. There are several forms of erosion induced by water, depending on the causes and phases. To avoid any sort of water erosion and its negative consequences, the farmer must first understand what each of these categories means and how to maintain the soil to avoid any water-related problems.

Fortunately, modern agriculture provides a variety of tools to assist farmers in monitoring soil health. These include moisture and precipitation parameter tracking, which allows producers to detect the potential of water-related soil degradation and take appropriate action in a timely way.

Water erosion occurs when water from irrigation, rainfall, snowmelt, runoff, and inadequate irrigation management removes the top layer of soil. When it comes to this problem, precipitation is almost always to fault. The organic and inorganic particles in the soil are carried along the land surface by the flowing water and deposited in the lower landscape. In the long term, this would result in floods. The eroded soil particles may either be used to create new soil or moved to neighbouring water reservoirs (lakes, streams, etc.). 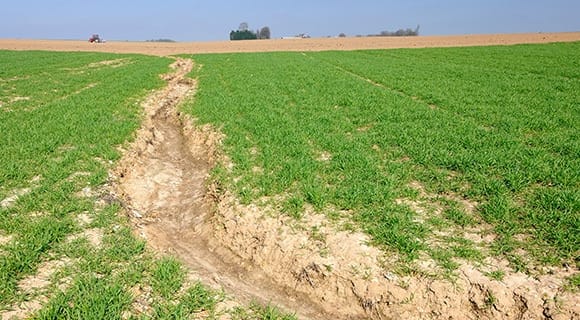 Land depletion by water can be natural or expedited, depending on the source of its development. Natural water erosion is uncontrollable by humans and has no impact on soil fertility. Rainfall, melting snow, or runoff, in other words, natural processes, are to blame. Each soil type has its own natural erosion rate, which is determined by farming characteristics and environment.

Irrational farming, on the other hand, has resulted in increased erosion. It occurs when the irrigation method, volume of water, and time of application are all incorrect, resulting in the destruction of the fertile layer of the soil.

Water-induced land depletion happens in phases and manifests in many ways depending on the variables that generated it. The following are some of the most prevalent forms of water erosion that can harm soil if not addressed quickly.

This is the initial stage of the rain-induced erosion process. Raindrops essentially “bombard” exposed and naked ground, shifting particles and damaging the top layer’s structure. It eventually results in the production of surface crusts, a reduction in soil infiltration capacity, and the formation of runoff.

When rainfall intensity exceeds soil infiltration capacity, this form of soil degradation occurs, resulting in the loss of the smallest soil particles that contain nutrients and organic matter. It commonly occurs after crusting, which is caused by water damage to the soil in the preceding stage. The creation of rills will be one of the most detrimental outcomes of sheet erosion if it is not stopped in a timely manner.

When water accumulates deeper in the soil and begins to build faster-flowing channels, rill erosion occurs. These channels, which may be up to 30cm deep, cause soil particle dissociation and transportation. Gully erosion can occur as a result of rill erosion. That is when the rills reach a depth of at least 0.3m. 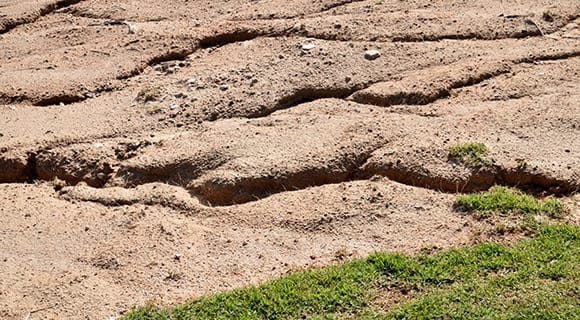 This is the most advanced level of water damage to land, when the surface channels have been eroded to the point that even tillage activities are useless. It causes in a decline in water quality by raising the silt load in streams, in addition to generating massive soil losses and ruining farms.

This is the so-called “hidden” sort of water-induced soil deterioration that can cause significant disruption even before any visible indicators appear. It starts when a huge amount of water moves through the structurally unsound soil. As a result, it is frequently the most serious hazard to sodic soil. A network of tunnels beneath the soil surface would be an example of tunnelling.

Regardless of the variety of expressions, all forms of water erosion have a specified set of negative consequences.

The disappearance of topsoil as a result of rapid land degradation will certainly have an impact on the plants that thrive there. Excess rainfall has washed away nutrients from the soil, preventing crops from obtaining the essential quantity of nutrients, resulting in decreased crop performance.

The living creatures are also affected by soil health depletion. The lack of a topsoil surface causes water contamination owing to chemical runoff, which has a severe impact on local animals, fish, and algae. This eventually leads to a decrease in the animal population.

Flooding caused by severe land degradation can have a harmful influence on ecosystems. As the topsoil is swept away, it loses its ability to absorb water, increasing the risk of flooding in regions that are prone to it. Low-lying landscapes and soils with poor drainage capacity might be the culprits. Heavy floods, in the end, may be exceedingly disruptive, even destroying roads and structures. That is why it is vital to detect bad changes in agricultural health in order to avoid a situation like this. 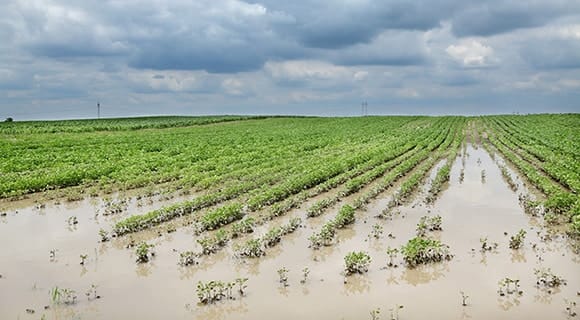 Water erosion has a negative impact on animals, plants, and agriculture, but it also has a negative impact on water quality. The eroding soil particles ultimately reach neighbouring water sources, modifying the water’s chemical composition and lowering oxygen levels. Furthermore, the water from degraded farmlands carries dangerous chemicals that wash into lakes, streams, and rivers (due to earlier pesticide applications).

Controlling water erosion is critical in combating the problem of water-induced land deterioration. And, depending on the soil type, topography, climate, crop rotation, and land use, several water erosion solutions are available. There are, however, water erosion prevention strategies for every type of water.

According to studies, the key to preventing this form of soil deterioration is to keep the ground cover above 70% (80-100 percent on slopes facing north), guaranteeing that there is no risk of soil particle separation, which might lead to the following erosion phases. Finally, maintaining ground cover is the most effective way to prevent splash erosion.

EOS Crop Monitoring can help with this by providing a number of vegetation indicators that may be used to assess not only the quality of the crops, but also the difference between covered with plant parts of the field and bare soil. It’s extremely beneficial.

The preservation of ground cover, soil structure, and soil organic matter is the first step in preventing sheet erosion. By minimizing topsoil compaction, this reduces the formation of splash erosion. Another alternative for protection is to cover the soil surface with mulch.

Because the production of a field might suffer as a result of soil degradation, EOS Crop Monitoring allows farmers to track the productivity of a single field not just throughout the growing season but also over time. Season after season, a farmer may evaluate the field’s productive zones and pinpoint trouble regions. Setting scouting missions allows you to check for weather-related water erosion in the field and execute timely management solutions.

Reduced water flow speed and soil hardening are the only ways to avoid rill erosion at the stage when runoff has already formed. Protecting the ground surface with a growing plants cover or crop residue is one of the finest strategies to slow down the water flow. Correct crop rotation might also help to harden the soil.

Farmers must reduce tree clearance and prevent moisture concentration in gullies from houses, roads, and stock pathways in order to avoid soil health degradation.
Gully erosion control strategies are a collection of procedures aimed at preventing more water access to the land. To prevent more water access to the land, such methods of gully erosion management include the use of fences, banks, and various structural structures.

Tunnel erosion is a difficult problem to solve. Only a few people succeed at it. Controlling this form of degradation is not only difficult, but also costly. To prevent tunnelling and affect its continued growth, it needs the application of chemical, mechanical, and vegetative forces. To guarantee electrolyte balance, chemical amelioration entails significant applications of gypsum and/or lime in field treatment. Regular soil testing aids in not only detecting tunnel erosion in a timely manner, but also in performing crucial tests such as pH, electrolyte concentration, and chemical amelioration.

Tunnel erosion has already affected the fields, necessitating not only chemical remediation but also the application of fertilizers to the sections that are suffering from diminished yield. Differentiated fertilization is the best approach in this circumstance. The zoning tool in EOS Crop Monitoring splits a field into distinct regions based on the productivity of the planted crops. This method aids in maximizing the yields of a damaged field while also reducing the influence of chemicals on the soil.

One of the most important responsibilities of any agronomist is to keep the soil healthy and free of any form of water erosion. EOS Crop Monitoring enables producers not only in remote identifying and mitigating water-related soil damage, but also throughout the whole crop-growing process, from sowing to harvesting.