=>Feldspars are easily attacked by “water containing H2CO3”. The weathering process is called as carbonation. =>Micas are the double silicates of K and Al with or without iron. These are plate like structures.

=>Biotite is easily weatherable than muscovite.

=>Pyroxenes and amphiboles: These are the double silicates of Fe, Mg, Al and Ca.

=>Olivines are the “thin silicates of Fe and Mg”. Eg: Fayalite, forsterite.

=>The insoluble residual material left behind during weathering is called as “saprolite”.

=>The phenomenon of weathering of surface layer of rocks due to differential co-efficient of
expansion and contraction leading to ultimate disintegration is called “exfoliation”.

=>The material deposited due to melting of ice or glacier in warm regions forms a structureless mass and is termed “moraine or till”.

=>Ease of weathering of minerals

=>Weathering is a denstructive process whereas soil formation is a constructive porcess in nature.

=>Relief: It is defined as the elevations and inequalities of a land surface considered collectively. “Topograpy” is similar to relief to be used on contour maps.

=>The time devoted by nature to the formation of soil is known as “pedogenic time”.

=>The process leading to the development of “soil profile” is called “pedogenic process”.

=>“Humification” is the process of decomposition of raw O.M into humus. This process usually takes place in surface or O horizon.

=>‘Eluviation” is the process of removal of constituents by percolation from upper layer to lower layer (wash out).

=>“Illuviation” is the deposition of dissolved material in the lower layers (wash in).

=>“Podzole” means ash like under. Podzolisation is humid temperate type of soil forming process. It is opposite to “calcification”.

=>“Calcification” occurs in areas where there is insufficient rainfall.

=>The soils which are having high saturation of ‘Ca’ are called as “pedocals”.

=>“Decalcification” is the removal of ‘Ca’ ions (or) CaCO3 by leaching.

=>Soil cations are sometimes called as “swarm ions” because they resemble swarm of bees around a beehive.

=>The area in which the ions are moving around root (or) clay particle in soils is called “oscillation zone”.

=>CEC of kaolinite increases as the pH of soil increases.

=>Soils which have higher B.S one dominated by 2:1 clay minerals like montmorillonite, vermiculite, chlorite, micas.

=>Anion exchange is more in soils high in 1:1 clay

=>Acid soils are poor in available Ca and Mg.

=>Availability of ‘S’ is not affected by soil reaction as the sulphur compounds are soluble in
whole pH range.

=>When pH is low, solubility of Fe, Mn, Al increases.

=>Availability of B, Cu, Zn is reduced when the pH is increased.

=>Availability of Mo is reduced in acid soils.

=>“Buffering” refers to resistance to slight change in pH.

=>The power to resist slight change in pH is called “buffer action”.

=>Horizons in a soil profile are broadly divided into 4 groups and are called A, B, C, D.

=>AB horizons are collectively called as ‘solum’. The solum together with parent material is
called “soil profile”.

=>“Horizon” – A layer of soil approximately parallel to the land surface.

=>When larger mineral particles dominate, soil is said to be “gravelly” (or) sandy. When the
mineral colloids dominate it is “clayey”.

=>B.D. is more in lower layers of the profile because of less O.M.

=>Addition of organic matter lowers the B. D and increases the porespace.

=>Due to leaching of Fe compounds due to high rainfall, “grey (or) grey brown” soils are formed.

=>Value – refers to the relative lightness (or) darkness of colour.

=>Chroma – relative purity of a colour.

=>“Soil consistence” is a dynamic property of soils which is expressed by the degree and kind
of “cohesion and adhesion”.

=>The organic matter on decomposition gets modified and acquires the properties of
“Colloids”.

=>“Soil survey” is the study and mapping of soils in their natural environment.

=>“Remote sensing” is the science and art of acquiring the information about objects from distance without physically going in contact with the object.

=>Pedalfers – Accumulation of iron – aluminium in soils under high rainfall.

=>Pedocals – Accumulation of ‘Ca’ – in areas of low rainfall

1. Alfisols – They are characterized by clay enriched Bt horizon.

=>In soils, bauxite is the dominant oxide of aluminium.

=>The porosity and permeability of 1:1 clay mineral is high.

=>Many fungi are soil inhabitants living as saprophytes on dead organic matter.

=>A larger proportion of plant nutrient present in the soil are in organic form.

=>Saline woils are dominated by chlorides and sulphates.

=>Climate and biosphere are the active factors involved in the soil formation.

=>The number of textural classes in the textural triangle is 12.

=>The steps involved in the development of soil structure are flocculation and aggregation.

=>In the arid regions with imperfect drainage, the most preferred cation for adsorption on soil
colloid is Na.

=>The soil/parent material is said to be colluvial if it is formed due to gravity.

Compensation to Farmers for losses due to natural calamities. 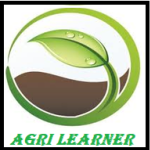 Previous Introduction of Minerals
Next Classification of Horticultural crops Agriculture One Liner For Competitive exam-59 Agriculture One Liner For Competitive exam-58